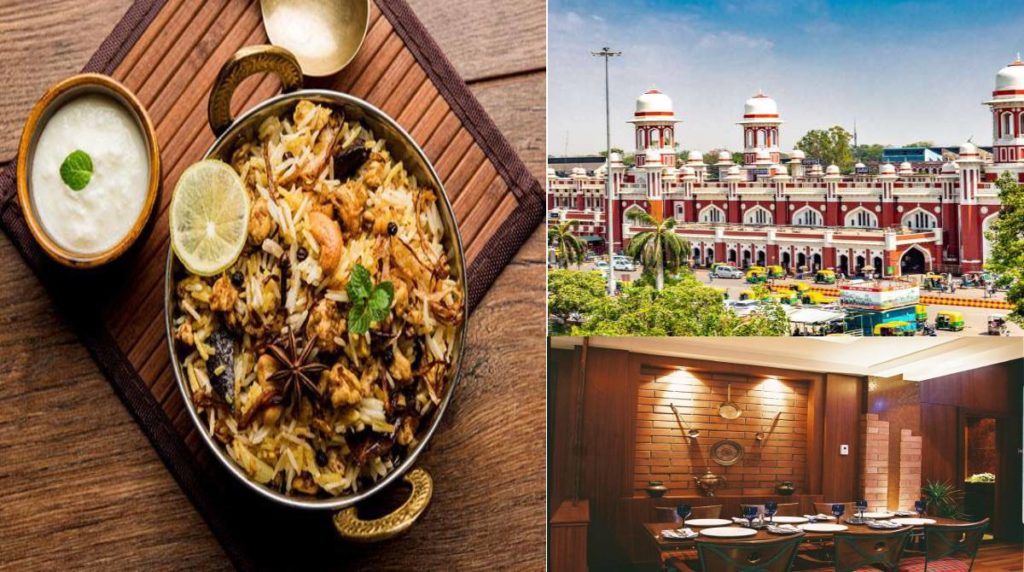 Not just colorful, music-filled festivities and celebrations, India is renowned for its exclusive culinary skills and succulent cuisine. Among the unlimited delicacies from the Indian platter, there’s always a distinctive, privileged spot for the Biryani. Considered one of the most famous and luscious food in the Indian sub-continent, biryani comes in different versions. The Hyderabadi and Lucknowi varieties are consumed with great relish across the nation.

How Biryani has Conquered the Indian Taste Buds

Originating in Persia, biryani has made in-roads to India through Afghanistan. Lucknowi biryani that took birth during the Mughal regime is said to have traveled and reached far and long in the nation later. The Calcutta variety was soon followed by the Hyderabadi biryani that went on to become one of the raging hits among the Indian platter.

The dish has made such mouth-watering impact and attained huge fan following since several decades. No wonder that it continues to attract the Indian gourmets. That the contemporary generation is spellbound with the fascinating taste of biryani can be discerned from the fact that there’s even a new form of fusion food by name ‘Brizza’ – meaning biryani +pizza, in the modern times.

The Two Most Famous Biryani Varieties in India

Hyderabad and Lucknow are well-known for their exceptionally tasty biryanis. Coming from a lineage of Ustads, these authentic, amazing biryani recipes extract their taste and richness from culinary experts through centuries. Both these varieties are world-renowned for their taste of the meat and vegetables and the aroma of the spices.

While Lucknowi biryani is smooth, with the meat marinated in herbs and yogurt, its Hyderabadi counterpart is usually spicy and meaty, with a liberal zaffron color. The debate rages on about which is authentic and better, while both the varieties stake claim.

Hyderabadi biryani is touted to be pungent and spicier. Having a lot of zaffron compared with the Lucknowi variety, this delicacy is made in the form of Dum. Dum refers to internal pressure. While cooking this dum biryani, the lid is sealed to the cooking pot using wheat flour or a wet cloth. This builds the pressure inside the pot to rise with the increasing temperature.

The combination of chicken pieces cut in big chunks and basmati rice makes the Hyderabadi biryani stand ahead of the other biryani varieties. Strong spices and the exclusive presentation are the hallmarks of the famous Hyderabadi biryani.

The exquisite Hyderabadi biryani comes in two different versions, one raw (known as kacchi biryani) and the other well-cooked (known as pakki biryani). In the raw version, meat is marinated with hot spices and soaked in yogurt. The meat and the long-grained basmati rice blend with each other and the biryani is served in a vessel sealed with dough. The other type, pakki biryani is prepared with the meat marinated for a shorter time and served with gravy. In this type, the ingredients are cooked before baking.

The Lucknowi biryani, claimed to be one of the oldest forms of biryani is also known as Awadhi dum biryani and pukka (well-cooked) biryani. This variety is not just a single dish in fact; it is rather a combination of biryani, Raita, and tari. Tari is the gravy exclusively prepared to be consumed along with biryani and raita is the tasty additive that goes with biryani. Raita is made of curd and select, cooked vegetables.

Lucknowi biryani is pleasant to the stomach. Being less spicy and having a soothing aroma, it invites those with an inclination toward controlled use of spices and ingredients. One distinctive feature of Lucknowi biryani is the method of cooking mutton.

The meat and other ingredients are partially cooked separately first. These are then layered and well-cooked using the dum-pukht style. The rice and gravy are sealed in a pot and cooked over a slow flame with ghee. This ensures that the mutton pieces are aromatic and juicy, giving the biryani a unique taste.

Who Wins the Race Between Hyderabadi and Lucknowi Biryani?

Normally, the quality of biryani can be judged based on taste, quality of the meat, and the blend of rice and spices. As there are several varieties of this delicious dish with different ingredients, what makes one variety stand out is the way of cooking. The uniqueness of the ingredients is instrumental in making a type of biryani special too.

In the Lucknowi variety, this rich Mughal dish has been rendered milder by the Nawabs to suit the palates of those with a love for mild tastes. Hyderabadi biryani, on the other hand, has been made rich and spicier by the Southerners and appeals to the taste buds of those with an increasing appetite for hot, spicy stuff.

Subtle Flavor and Gentle on the Stomach – the Scrumptious Lucknowi Biryani

The Lucknowi biryani is filled with a rich fragrance and uniquely delicate flavor. Going smooth and soft on the foodies’ with the soft palate, this delectable food presents meat in one of the richest presentations. The Awadhi preparation ensures a well-balanced taste while the rice and other ingredients convoy the meat to its full glory.

Slow-cooked and lighter on the stomach, this variety is close to the Middle Eastern style and a bit more into the pulao of dum type. Subtle and fragrant, the ingredients in the Lucknowi Biryani are cooked separately and then assembled.

The Hyderabadi Biryani for a Strong Blend of Spices and Flavors

This heavenly, mouth-watering dish is unique in its own way with spices and flavors being presented more emphatically. An explicit aroma and sting of spices and pungent taste are the distinctive features of this variety.