Unlock The Different Flavours of Biryani at Sulthan Biryani

Unlock The Different Flavours of Biryani at Sulthan Biryani 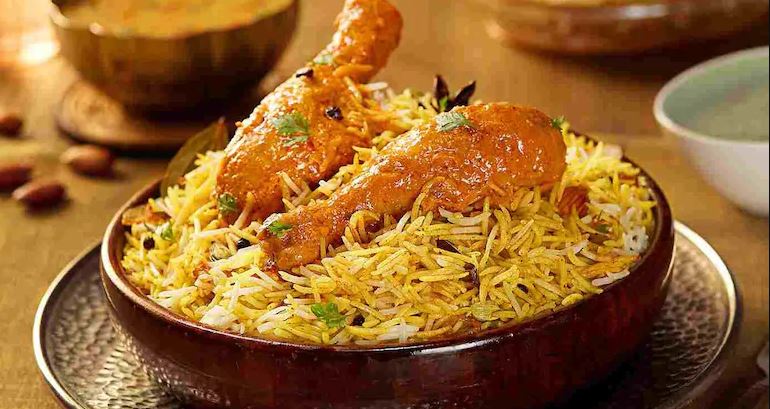 With a strong sense of oneness and love for Biriyani, Biryani lovers are chained together.  Imagine the festive seasons like Bakrid and Ramzan. You can resist but nudge your friends to send you a hot pack of biriyani. Well, Sultan is your friend now and is solely focused on that idea of producing ‘Muslim Kalyana sapadu’. Sulthan’s biriyani is rich in hygiene, flavour, aroma and taste. Sulthan’s biriyani is to die for and never disappoints a biryani lover.

Biryani is a dish which has numerous legends and histories around it. Few claim that it was a Persian dish and was introduced to India by the Mughals and few others claim it was bought to India by Turk-Mongols. Whatever may be it, Biryani is widely enjoyed and consumed by a wide range of people worldwide. And the one thing about Biryani is that it satiates and satisfies people of all tastes.

Biryani carries different flavours and differs as per the making. Be it the spicy Hyderabadi and Chettinad Biryani, the rich Afghani Biryani or the exotic thalassery biryani, every kind of Biryani is enjoyed, welcomed and relished. Biryani changes in form and flavour in different places as per the local’s tastes.

There are quite a many ways in which Biryani is prepared in South India. There are numerous kinds of Biryani like the Hyderabadi Biryani, Ambur Biryani, Chettinadu Biryani, Malabar biryani, Bhatkali Biryani, Dindigul Biryani, and much more. Biryani is one particular dish that has numerous ways of making and flavours to go with. None of The flavours of Biryani fails to surprise or satiate the Biryani lovers, and neither does Sulthan’s Biryani. Let us quickly take a look at the different flavours of Biryani at Sulthan Biryani.

Mutton is the best combination of meat that is included in Biryani. Sulthan’s mutton biryani is rich in taste with authentic spices and leaves a lasting impression on you.

Mutton is a protein-rich food and consuming it along with the richness of the flavourful aromatic rice will sure build up muscle strength as well.

Seafood lovers are sure to enjoy this dish. Prawn is highly delicious seafood, and when mixed with flavour rich spices in Biryani, it gives a finger-licking experience. The prawn biryani is cooked with hygiene and served hot to the customers.

Sulthan’s special Biryani is available in chicken, mutton, prawn and even fish. They add their secret spices and cook it well to give the customers the taste of their authenticity. This can be only tasted in Sulthan and is sure to make the customers drool just at the sight of the Biryani.

Plain Biryani or Kuska they call. Many are in love with biryani rice but the meat in it. Well, not so much. This is for lovers of biryani rice. The rice is cooked with long basmati rice and with aroma and rich flavour of spices like cardamom, nutmeg, pepper, cloves and cinnamon. Plain Biryani can be paired with few of the below side dishes.

Raita is the typical side dish you have along with Biryani. In raita, the curd is mixed with onions, cucumber and a few pieces of green chillies. Raita is also preferred to be consumed along with Biryani also because if the fact that Biryani has a lot of spices and meat that can increase body heat and having curd along with it can maintain the body’s thermostat.

Kalaki and podimas are omelettes and scrambled eggs which are very succulent and goes well with Biryani. Egg lovers are sure to love these dishes along with their plate of Biryani.

Chicken fry and Biryani makes the right combination. There are many combos where Biryani is provided along with the Biryani. Prawn fry and fish fry also makes the right combination with Biryanis. Biryani, in itself, is a very filling and rich dish. Pairing it with side dishes like the above can enhance the taste and give a lip-smacking experience.

Biryani has different flavours and doesn’t pertain to a particular flavour as many other popular dishes do. Maybe that is the reason why Biryani is widely recognized and consumed by many because it satiates the taste of a wide variety of people.

Biryani can be spicy, tangy, sour, creamy with ghee and sometimes even sweet. Biryani is a diverse and versatile dish. Biryani is definitely a dish with different flavours, and Suthan’s Biryani is one such that is with mentioning about.

The year 2020 was predominantly hard like tasting elachi in your Biriyani, but Sutan’s Biryani continued to keep your taste buds and soul alive. If there is one thing that can keep us alive through any hardships, then that’s a stomach filling and delicious plate of Biryani. Continue to taste the richness of Sultan’s biriyani and keep your soul alive.